SEX - Now I have your attention, we can continue...

Yes, sex, and I am not just talking about the fun activity that occurs in the bedroom (and elsewhere in fact). No, today, gentleman (and ladies if you are a woman reading this), I am referring to the word sex as another term for gender.
And the male sex has long neglected its skincare routine. For cultural or societal reasons, the fact still remains, that men overwhelming do less for their skin than women.
Whether we like to admit it or not women judge men and men judge women. Men judge men and women judge women. We just do. If that has triggered you to think I'm a superficial internet troll, I am sorry. I don't mean to cause offence. I am just stating a fact. How much and by how little someone judges someone else varies, but nevertheless, that judgement takes place.

"I knew immediately that he was successful because of his appearance. He was well dressed, well-groomed, confident, positive, relaxed, and easygoing. He has a feeling of success about him." - p. 206 Brian Tracy - The Psychology of Selling

Appearance matters - I am sorry that is the way it is. I wish it wasn't. And I wish we would all judge people on a much deeper level than that. But unfortunately, it's hard-wired into us that we judge people on first appearances and we do it harshly. This is not exclusive to men, by the way, women judge just as harshly too.
To cut ourselves a bit of slack when judging people on first appearances, evolution has made us this way. 70,000 years ago when we were on the savannah in Africa, our ancestors did not have time to 'get to know someone' past their appearances. No. We had to figure out sharpish if this person or animal was going to do us harm and we needed to figure it out fast.
Nowadays that need to make snap decisions is not as intense as it was, but those primal parts of our brain still exist. I have a friend that works for Salesforce and he bought the Onyx Skincare System from us and his sales skyrocketed.
When he told me this, I said "Don't attribute your success just to the skincare regime you've got from us, you're obviously working your butt off" (The guy was, he was doing 10 hours a day). But I couldn't lower his enthusiasm for his new skincare system.
He said his confidence had improved as his skin's appearance improved. And when his confidence improved he could pitch better. When he pitched better he closed more sales.
I was flattered by his kinds words and proud of his sales performance but I told him, it was not just the skin care products that had led to his amazing performance increase at work, it was the whole package he had put together.
His gym routine, his clothes and personal grooming as well as his skincare routine.

Do you brush your teeth?

Every night and every morning it's standard practice to brush our teeth. If someone, said to you "I don't brush my teeth, it's not for me", I'm sure you would look at them quite puzzled. This is how I think about my skincare routine now. I use two products every day - a cleanser and moisturizer with sunscreen (if you want to download a free guide on the effect of sun damage on the skin, click here) and a retinol every other day. At night when after I'm done brushing my teeth, I apply my retinol. Job done.

Installing a proper skincare routine into your skin care habits is a piece of cake. And, it's worth it.

Why appearance matters, especially in the animal kingdom

It is not only in homo sapiens (humans) that appearances matter. It shows itself in all species of the animal kingdom.
Take a Lion's Mane for example... The only reason a Lion's Mane is so striking is to send a signal to the rest of the pride (group) of lions that he is the top dog/cat (the alpha). Also, take male peacocks for example. Look at the size, beauty and colour of their feathers. Again, peacocks didn't wake up one morning and go "O I really fancy growing something that will make me stand out from the crowd". No, it has been grown for one purpose, to demonstrate its appearance to other peacocks, especially those it intends to mate with.
I am not telling you what to do. If you don't want to take care of your appearance that is completely your prerogative, but my advice (as a guy who has seen this first hand in my intimate relationships as well as my business relationships) is: take care of your appearance and watch your whole world change in a dramatically positive way!

Why do we stop after shaving? "The Best A Man Can get" - really?

I am sure you have heard the slogan The Best A Man Can Get from a particular shaving company... But really? Is that the best we can get? Simply shaving the hair off our chin? It sounds like a bit of a cop-out to me.

What if we deserve better than that?

We shave the hair off our chin and then leave the exposed skin. Maybe some of us add a bit of moisturiser after but that's about it.
Personally, I think we can raise the bar on what is the 'best' - I invite you too. It's not the suit on the man, it's the man in the suit

If you're a man reading this, you must have felt it. That feeling you get when you are getting ready for a big day out. Whether it's a day at the races or a wedding. That feeling you get after you've pulled on your suit straightened your tie and your heading out the door for a great day.
Now, most men stop there. But if you took an extra 5 minutes to go through a skincare routine, you'd get a feeling similar to that multiplied. I think it feels so good is because we know that once we have done all of that, we are presenting our best selves to the world. Gym ✅, diet ✅ but no skincare routine?

Whether you are a certified gym rat or into cardio, you probably train 4-6x per week. Those early morning sessions when we don't feel up to it or those sessions after work where we've had a hard day and the last thing we want to do is hit the squat rack or run 10km, but we do it.
So why don't we do that for our skin? Especially the skin on our face. I feel we're not doing ourselves justice. I feel like we're not doing that last button up on our shirt. We're leaving something on the table when we could have it all.

Chicken and Broccoli - the staple of the modern man. I have lost count of how many times I have eaten this meal. It is boring and I don't really like it, but I eat it because I know it fuels my body with the blend of nutrients required to power my workouts and repair my muscles after.

I used to do nothing for my skincare.

A few years ago I pushed the boat out and got a moisturiser. That was it. It was only after I properly started researching the science of skin that I changed and bought myself a proper skincare system and started a skincare routine.
At first, I was sceptical but just as when I first started the gym, I was sceptical, as I continued to consistently go and eat well, a strange thing happened, after about 4 weeks I noticed my skin just looked better, I can't explain it, it just did. Then after 8 weeks, I was like, "Woah, why does my skin look so bright?" But the big change was after about 12 weeks. My skin was SO much better.

Having a skincare routine does not make you soft!

The weirdest experience happened to me. It was New Year's Eve and I overheard a few of my girl friends talking about retinol. I had just started my new skincare routine - the Obagi 360 System. And one of the main products in that is retinol. Naturally, I joined the conversation and talked about how much brighter my skin looked and how the bags under my eyes had reduced. At first, the girls thought I was being sarcastic, but when they saw my genuine enthusiasm for the product, they realised I wasn't. They loved chatting with me about it.
If anything, having a skincare routine gives you a massive advantage in chatting to women, if you're interested. Appearance does matter, but what's wrong with that?

I am not saying that I agree with it, but it's the truth. Humans (not just men) judge people on first appearances. It has been said that once we form an opinion of someone it can take up to 7 more encounters with that person to change your opinion. Source: The Chimp Paradox by Prof Steve Peters

It sounds a bit odd to tie together skincare and opportunities but the two are interlinked.
Your job prospects improve in parallel with your appearance.
Put the shoe on the other foot for a moment. Imagine you were the hiring manager of a company and two candidates walked in. The first one looked bright-eyed, well-rested and enthusiastic to speak with you. His clothes, his hair and his skin were all in great condition. The second candidate walks in, looking dishevelled. Hair messy, tie not done up properly and looking slightly hungover. Now you ask yourself, which one would you hire if they had identical skills sets, backgrounds, opportunities and competencies for the job role?

Taking care of your appearance does not make you vain!

In fact, I think it is the opposite. I think it's a sign that someone respects you when they take care of their appearance for you.
Just think about all the effort you put into the early stages of a relationship. Can you imagine going on your first date and turning up in sweaty gym gear, no deodorant or aftershave, with dirty shoes and a stained shirt? Turning up to a person (man or woman) you were really interested in?
No, you can't. You want to put the best version of yourself forward to the other person. It is a sign of respect that you value their opinion of you. Skincare is a critical part of that. After all, your face is where the person will spend most of their time looking.

If you'd like a 15m chat with me on Skincare for Men. Book some time in my diary below. I look forward to it. You deserve better than 'the best a man can get' 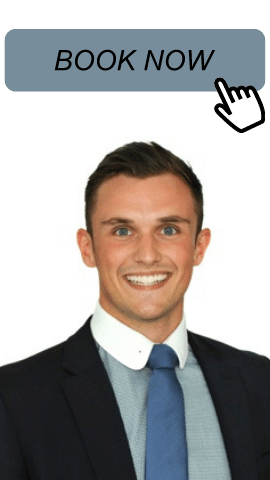